This is for Day 17 of Nev's 20 Days of Goldmaking.  Interested in reading other's views on the topics?  Nev made a post with all the participants here.  Check it out, there's some really great posts!  Todays topic:

Pets - Did you used to do the Vendor pet sales? How have pet battles changed things for you?

Predictions
Going into MoP I had some big hopes for battle pets.  With the stats of rare battle pets being higher than regular battle pets, and only a small purchasable amount of them, I figured they'd be shoo-ins for gold making.  That did not turn out to be the case.  As far as making a profit with battle pets, there are some pets I could farm and make decent returns with constantly, but as many know I'm not the farming type.

Current Markets
Believe it or not, I'm still able to sell vendor pets for a decent markup.  Players just generally aren't using Wowhead to find out where they come from, and on my relatively small server, there isn't much competition. The one advantage with the rare battle pets that I'm starting to see that wasn't there previously, is the ability to move capital across servers.  If I have 20k gold on server X, and I want to move it to server Y, battle pets are a (sometimes slow selling) way to do it.  I have a level 25 pet on my team, so I can learn and recage level 25 pets, which is what I aim for when flipping pets. 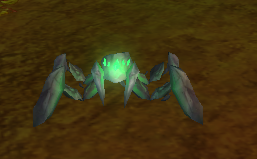 Also if you're starting out on a new server, I have never had trouble selling Tiny Shale Spider on a new server within my first posting for 500g-1,000g (note that all my "new" servers are usually high pop).   They're a great way to gain some starting capital and easily farmable by any character that played through Deepholm in Cataclysm.