So as I mentioned yesterday I'm in a heated competition with Selltacular from Copper to Gold, and I thought my weekly review would be a good time to go over what I've been doing in game to make gold.

I started off the competition with a Belf Disc Priest. The reasons are numerous, but the main being Belfs are good models for transmog using Mogit and Atonement healing is amazing/mindless/like having a 4th dps in the dungeon. Anyway I quickly got bored at level 6, and wanted out of Silvermoon, so I decided to head to org to scope out the Auction House. Here I am greeting some of the local denizens of the Undercity Zeppelin Tower (I just missed the Zeppelin because I went to the wrong tower). 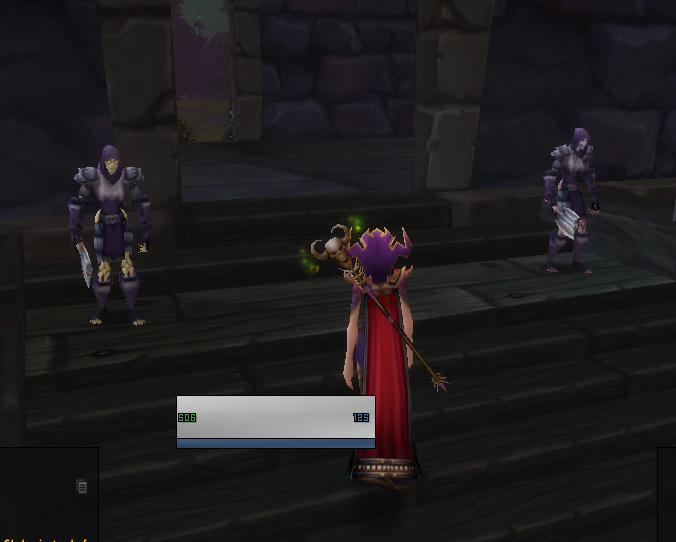 Upon reaching Org and realizing I had almost no gold, I did a few more quests and got Mining/Herbalism, actually picked a few herbs before deciding that I hated myself and got to level 8. That's when it hit me! The DMF was in town! I quickly picked up fishing and took the portal out to DMF to fish up the Floating Debris pools. A great strategy for some startup capital as they have mats like Windwool Cloth, Trillium Ores, and many other MoP level mats. Also since I did not have a mount yet, I spent time in between pools killing the level 10 crabs that surround the island for some extra XP/vendor greys. Here I am jamming out with the Tauren Cheiftans and not being productive. 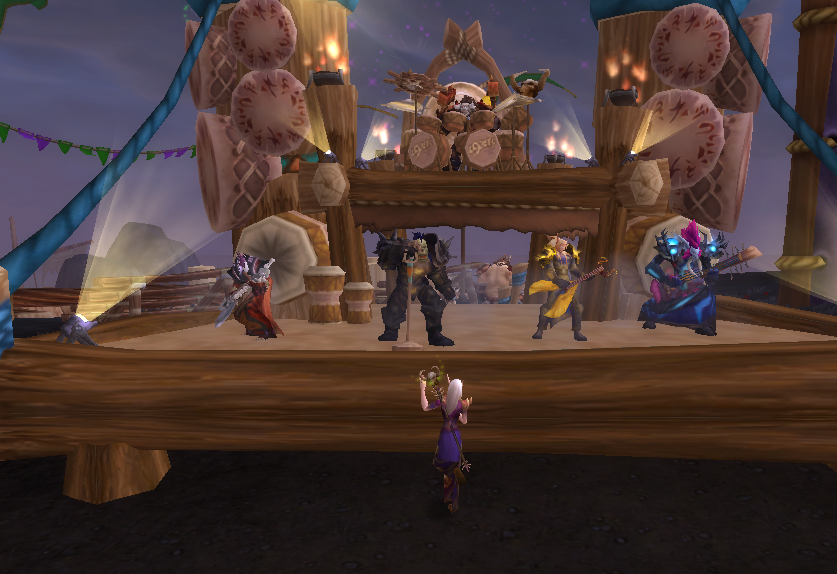 So I got a good amount of crates crates, as well as a DM Adventurer's Guide so I could collect DMF items from dungeons and I ended up getting a Mysterious Grimore and an Ornate weapon on the first day (was really grinding because the DMF was ending soon and I wanted to capitalize ASAP. I spent the following 3 days grabbing crates in my down time as well as well as leveling with Mining/Enchanting.

Moving on Up
So of course I took this gold and reinvested it like a madman. Below is a screencap of some of my better flips:

I actually snagged most of these deals using TSM_Sniper, and a keen eye. I have shotty TSM data at best, so when I saw something pop up, I always compared to prices on the AH. When I came across 3xFrostweave Bags for 60g/each, I instantly knew that was a great deal though, as was a Reckless Vermilion Onyx for 12g. Also snatched White Trillium Ore for under a gold a piece, as well as some Savage Leather, which is big in leveling up LW. All around some great flipping. Then there's not so great.

Betting Big
I had about 1200g liquid at a certain point and decided to reinvest. I checked out the Frostweave Cloth market and it looked like something I could buy up and control. You need ~60 stacks to level Tailoring, and I thought I'd buy up the market and gauge prices. Not a good idea. I ended up not having enough gold to buyout the entire market and that pretty much backfired on me, haven't sold a stack yet. I will lower prices and hopefully get some sales, but definitely not what I was expecting. I also invested in Moss Agate/Star Ruby's, and to date have sold only 1 Moss Agate.

The Winning Bet
My best conquest for last, and new info just came in as I'm writing this post. I purchased a Brooch of Munificent Deeds (an 80-84 Uber Blue) for 500g and relisted it for 3500g. These trinkets are rare, and very powerful at their level. Within an hour of reposting it, I got an offer which I rejected:

After getting this PM so quickly after posting it, I decided to up the ante, and I canceled the auction and reposted it at 4,500g, and wouldn't you know it, while writing this post/using Sniper in the background I get this message:

So there you have it, I'm stopping now and coasting to win the contest. I joke, but seriously I have so much gold to reinvest now! Giving Selltacular a run for his money!