Over the past few months I've been keeping track of the rates of herbs of Enigma Seeds I've been planting on my main.  Today I'm going to share that data with you, as I figured my readers might find it useful, but please take it with a grain of salt.  These aren't guaranteed rates, but just my personal data, that I'm using to approximate how much the 5 minutes of planting and tending to crops is worth to me. 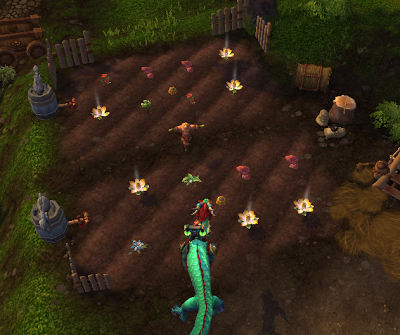 I've been tracking Golden Lotus for longer than the complete set of herbs, so I've made it it's own separate table.  I started recording data in Patch 5.1, and have separated the data because I've found the disparity in averages to be notable, although it does not necessarily imply that the rate was actually changed from 5.1 to 5.2.  Also, all data today is based on planting 16 plots of Enigma Seeds per day.

I started recording the other herbs when I realized that the value of these herbs was not quite negligable, and I was curious as to what their drop rate was.  I've only been recording this set for 25 days, so again not the greatest sample size, but the variation per day is small enough that I thought it would be good to share.  I will probably update these at some point in the future, but here's what I've gotten as an average so far.