Today I'm going to be posting in response to Cold's Gold Blogging Carnival, being held on the 11th of this and every month.  Check out the other posts when it goes live!

Using your knowledge that you have gained from auction house experience:  If you were starting over as a gold maker, what is one thing you would do differently than the first time, and why? 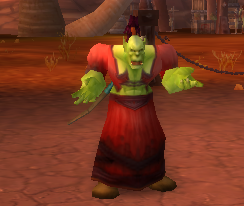 Humble Beginnings
The first time I got into gold making in World of Warcraft was when I had only one character who was but a wee Orc Warlock of level maybe 34.  I was in a leveling guild.  Not a guild of max level GMs and levelers, but a true run by levelers, 300 active members, with maybe 1-2 max level players in the guild at all kind of guild.  During this time I was an active part of the guild community.  I enjoyed the social aspect of the game as much as the actual leveling.  The guild bank was interested in providing repairs to players, but was not receiving enough donations (no free guild money back then) from our user base.  I decided then to make a guild lottery.  I approached the GM's and asked if I could run it, giving half the money to the guild, half to the winner of the lottery, and they said yes.  So I ran the lottery like a noob.  Had people mail a lotto toon with the 20g entrance fee and assigned them a number.  If 17 people entered I'd /roll 1-17 to determine the winner by some deadline.  I did that for a while, and ended up becoming a "Co-GM" of the leveling guild.  It was a fun time, but in retrospect making 170g for the guild doing all the work I did to maintain the lottery and keep people playing was just pointless, could have been using my professions to make more per hour!

Retrospective Look
I enjoyed doing it, but if I was starting off again from a gold making standpoint I'd have leveled my warlock as fast as possible and start panhandling netherweave bags like it was my J-O-B.  When I got them I'd start making all viable profession-level tailoring/enchanting things that sell well.  I'd still be an enchanter/tailor, because I like that my lock is now an enchanter/tailor in my arsenal of gold making toons, and it provides him with the best class buffs.  Just had a whole market of twink enchants and bags and crafted gear that I did not touch, and would have gotten more involved in that, had I known.