Well it's official.  We are now currently downloading 5.0.4, the Pre-expansion Patch leading up to Pandamonioum.  If you're interested, the patch notes for the current 5.0.4 build on the PTR can be read here.  For those of you who don't like to read through patch notes to find what you need, I'll be highlighting the gold making implications here.  Also as a side note predictions and history don't put this patch until early September, so you still have time to prepare!


Glyphs Overhauled
Blizzard is not waiting until Mists is released to completely overhaul the glyph and talent system, they're giving us a window to adjust.  For those of you whom are scribes you know the potential implications of this.  All glyphs are changing.  A few are being removed but MOST are being changed in some way.  Speculation is saying Glyphmas 2.0 may occur, especially if the inks are no longer tradeable as they were during the original Glyphmas.  Only time will tell on that one, although I know many of us have our fingers crossed. 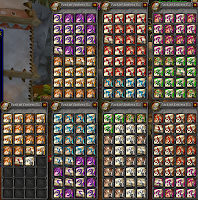 I'm not big into glyphs, but with all the hype I can't not have a hand in it.  I already have crafted 9 of each glyph my scribe can craft (and doing lots of research), and hope for 20 of each before 5.0.4 comes out.  I'm ignoring the info about the ones that are changing to nothing, mostly because of my laziness.  Last I checked there were only 3, and if we make out the way we're supposed to, 3 stacks of glyphs will be the least of my expenditures.

My suggestion during your grinding is to do something else while crafting to occupy your time, and while you craft all the inks, feel free to browse the web, and perhaps catch up on your favorite TV series or read your favorite WoW Gold Blog.

Mogging Wands!
This is a market I have been looking at for a while, if you don't have my ultimate list of BoE transmog wands, check it out here!  Yes, casters will be able to use their wands as main hands in 5.0.4.  If you're not a caster and don't see why this is important, previously wands were never seen on a caster unless they took them out (rare) or if they decided to cast "shoot" with their wand (hopefully never).  In 5.0.4, wands will be used as main-hand weapons for casters, so they can (and probably will) be WAY more prevalent in transmog.  Buy low now to sell high soon!

AoE Looting
I'm excited about this one.  AoE looting will be live on servers come the pre-expansion patch, which will give us gold makers something to twiddle with in the weeks before MoP.  I mentioned in a previous post that I will be using this to my advantage to go after the pet Mr. Grubbs.  I have not tried it on the PTR because I hate putting the time in to test something and even if it works I'm not benefited by it in the "real game" (yes IRG I just got meta on you).  They have nerfed overall gold/silver drops of mobs, which is to be expected, but it will be interesting to see how other keen gold makers take advantage of this in the coming weeks.  Transitions are always a fun time in WoW.

Account Wide Pets/Mounts
This may have some gold making implications on the mount side (think Mechanohog), but there are not many gold makers who focus greatly on mounts.  This change may get you better selling prices (possibly more sales).  Buyers will be a lot more willing to shell out 20k for a Mechanohog on 10 players than only 1 player.  Same goes for pets. Since the battle system won't be instated until Mists, we won't see that huge surge in pet interest yet, but consider charging more for your pets/mounts.  Although a lot of alts will now have what you're selling, a lot of them will be more willing to pay higher prices for a companion across alts.

Cool, but Irrelevant to Gold Making
Yes 5.0.4 has other cool things but alas not all of them are going to increase our wealth.


All in all it's going to be an interesting time, with glyphs being my major focus (at least on the things changing level).  What is your favorite part of patch 5.0.4?