Those of you that have been regular readers of my blog for a while know that I used to regularly come out with a "weekly review" going over what worked for me and didn't work for me in the past week in WoW.  I haven't come out with one in a while since MoP launch, but I think that now is a good time in the expansion to look at weekly trends.

Living Steel
Living Steel has still been strong for me.  I get weird peaks and valleys of selling it, it seems that when it does sell, it sells somewhere in the 8-12 range at a time, which is nice.  Again being on a small server, I'm sure most other servers have a steady in and out stream of Living Steel, but it's just not the case for me. 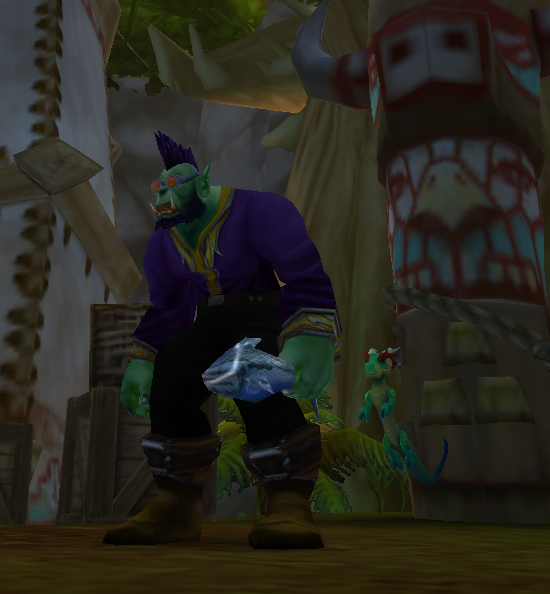 My level 1 transmog seller (pictured here) has been very busy as of late!  This week I tried a new strategy with transmog, which I'm liking quite a bit and I'm going to address in it's very own post.  What I've been doing is searching for items 600 at a time.  Yes.  A 600 item TSM list that takes a ridiculously long amount of time to search for.  I go afk or browse the internet while it's working, and go through the results when it's done buying anything under 50g that will sell.  It's been working quite well so far, and hopefully later today I'll have a post up here including my list and how to use it if you're new to transmog (or not).  It makes transmog shopping a bit more painless, which is always great in my opinion.

DMF Trinks
On my server DMF trinks are still going strong, during DMF I was able to sell quite a few individual cards for a nice markup, and I came out with 3 trinkets (one of which sold already).  A good haul IMO, still burning those cooldowns daily, and will in the weeks to come!

Gems
JC has also been doing decently well on my server, mostly because the halving of the ore nodes actually impacted my server.  A lot of servers are back to normal, or at least near it, but my server, because of it's smaller size still has high prices on Ghost Iron Ore, and it's making gems worth slightly more, which is nice.  Worth me doing a bit of prospecting and cutting now with my WoW time.

Halfhill Market
If you haven't been already, get rep with the Tillers!  I've been planting Enigma Seeds recently (see my previous post) and I'm making about 750g/day worth of herbs.  Quite the nice haul from farming.  In Halfhill as well there is Nam Ironpaw, and this dude should be your new best friend.  If you go to theunderminejournal, and click "Gathered -> Cooking" after getting on your server, you'll find a list entitled "Ironpaw Token Trades" of the cheapest items turn into Bundles of Groceries (containers from Merchant Chang after doing starting quests).  Buy those up off the AH, bundle them up, and exchange them in Halfhill for Ironpaw Tokens.  Using them you can buy 100 Year Soy Sauce, Black Pepper, and/or Rice Flour and sell them for a markup on your AH.  I find that these usually sell to people who are trying to max their cooking for the first time rather than max chefs for raiding guilds.  The max chefs tend to know about this arbitrage, but are using it for their guilds.

That's all for me, one last thing to note is I recently bought a Battered Hilt off the BMAH for 10k, and I put myself on a deadline to sell it by the end of the year.  If I don't I'm going to do the quest line myself as I never got to do it in Wrath.  My week in WoW was pretty good, I crossed the 1.75 million threshold on my server, aiming for 2 million by Jan 8th, but we'll see how that goes!  Also bought an invite to the Brawler's Guild, and I found it quite boring actually, but I did not pay much for it, so no big loss there.  How was your past week in WoW gold?  What is/isn't selling for you?