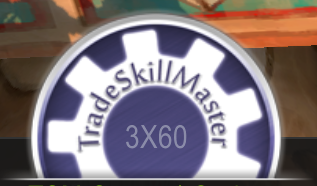 As many of you may have noticed, TSM_Wowuction has been a bit unstable recently, with price updates taking much longer than normal. To this effect, the TSM team has announced they've decided to end support for Wowuction pricing as of the r303 release of the TSM App.

What does this mean for you?
Most likely, not much. As mentioned in the above post, the Wowuction price sources will now map to a corresponding TSM price source. Also, TSM has created their own Region Market price source in DBRegionMarketAvg. Quite frankly, I was unaware that DBGlobalMarketAvg was truly "global" (US and EU servers combined), and I had thought that it was a Region-wide (US or EU specific )price source all along. The difference now would be that you should be able to recognize nuances in the price sources between US and EU servers now, which is most likely quite noticeable in high end items.

To me, this update is a bit of a nonissue. I've stated multiple times that I much prefer TSM sources, as they are updated hourly to my addon, and the TSM team is much more involved in World of Warcraft, and have been consistently there to fix things when they go awry, whether it be a battle.net Auction House API update, or changes in game that require the addon to be fixed. They are the gold standard for the WoW gold making community, and I believe they will remain so for time to come.

I believe that to an extent this will also clear up some confusion for newbies when considering price sources for items, as now there is not as much confusion between the sources and they're all fairly well described. If these changes go live before the weekend, I'm going to attempt to put together a video on price sources over this weekend, as quite frankly it will be a lot more straightforward now.