I know it's been a while, but in case you didn't notice, the TSM team is wrapping up celebrating TSM's 5th Anniversary from it's launch. During their 5th anniversary they've encouraged people to Tweet about their favorite TSM experiences. As you may know I'm not a man of 140 characters, and I don't think that many characters could ever do TSM justice, so I had to come out of semi-retirement to write about my favorite experience with TSM. 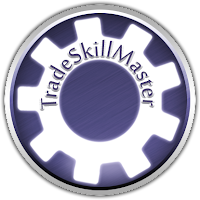 TradeSkillMaster 2 Development
Back in the good old year of 2013 TradeSkillMaster 2 was just being developed. Now I'm not going to say it was my favorite TSM, the improvements the TSM team has made in TSM 3 have been amazing, but it was definitely the time I was most involved with TSM and the TSM team. During the development stages of TSM 2 I would hang out in the TSM IRC chat for hours complaining to Sapu and Bart about how this button didn't do exactly what I wanted, or how I thought they really should reconsider their decision not to add X to TSM. X being something that would really only benefit me and a small amount of players who used TSM in a specific way. On occasion I'd even open a bug ticket or two and add something productive to the team. The environment with the TSM team was always fun and jovial. During that time I did a livestream and TSM's Lead Developer Sapu came on my server and used latent code in the Dev version of TSM to change the color scheme of my TSM to pink. I didn't understand what was even going on for 20 minutes. You can watch the clip here, one of my favorite things that ever came out of livestreaming.

Not only does the TSM team know how to have fun, they know how to work hard. This addon is a labor of love, and the TSM team all have day jobs. Some do not even actively play WoW anymore for anything other than testing TSM. It's a lot like gold making really. We're all playing this game that has a lot going on - leveling, raiding, PvP, etc., but we all play some sort of meta game by flipping/crafting to make gold in the auction house. The TSM team also has a very niche passion, and we are all grateful for it. They're also very open to constructive feedback, and extraordinarily helpful people. If you've ever hopped in IRC chat for a question on TSM, and been patient enough to wait for someone to answer, you've likely been answered with detailed answers and followup questions, and an abundance of resources.

Most importantly TSM is the reason we can all bare to make gold. I used Auctionator for a good deal of time before TSM was released, but once it was out, I could never imagine going back. So thank you to the team that makes TSM possible, and for everything they've added to our niche little community! Congratulations on 5 years, and I hope there's many more to come.

If you're interested in some more TSM 2 nostalgia, you can check out my TSM 2 Teaser post from June 2013 here.