What I Want From Legion Gold Making 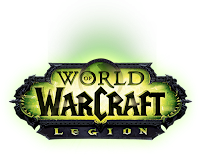 So the new WoW expansion has been announced and the buzz has begun. This article is going to be an opinion piece of my impressions of WoD gold making and what needs to change in Legion.

WoD Goldmaking
WoD was supposed to be an ultimate revolution in gold making. From the beginning, early stages of the Alpha, we were promised a profession revamp, and there were many interactions between the developer Hwoo and the Consortium gold making community. You can go back and read some of the conversations if you'd like, but the basic gist from the gold making community at the time was we were being "heard" by the devs. We all had a sense of optimism heading into WoD that everything would be more interesting, and new challenges would arise from a "new profession system", and gold making had finally reached a golden age.

Unfortunately, that's not what we were delivered. What we got at launch felt like a half-baked product, and left a lot of professions high and dry. Gold making with professions really took a hit this expansion. Maybe it took all those mindless shufflers out of the equation and left the market to those seasoned vets, but it killed the profitability and interesting choices of many professions. Jewelcrafting is probably one of the last professions someone will suggest now, and it had been a king for a long time. Not to say that one profession should be that OP that it's the default suggestion for new gold makers to have always, but they basically took it out back behind the shed and shot it in the head. Enchanting still had some profits, but slots were reduced. The 3 big crafting professions (Tailoring/LW/BS) were reduced to daily CD making machines, with not many interesting choices from there. Sure it was easier gameplay to not have to enchant/get a belt buckle/get leg armor for every new piece you got in a raid, but it killed some nice routes for those 3 big guys. The gold making game has become dull.

Legion So Far...
So far we have not heard much about Legion and the Devs have seemed to realized that WoD as a whole was a disappointment to many players, and are focusing on not making promises they cannot keep. To me this is a good sign, hopefully transparency continues moving forward. What we do know about professions so far is this (via MMO-Champ):


The quest line could be the same as this expansion, and honestly I did not find the quests all too interesting, and it didn't really add any gating, so they didn't help gold makers much. Thus far though, it seems like they're at least making some corrective steps to change professions, with the UI and new functionality (whatever that may be). It's nice to hear that they've got the largest team ever for professions, but that could just mean 2 interns instead of 1. I jest, but I'm hoping they stay true to that last point, and introduce some new and interesting profession choices and make sure that "no profession is left behind". All professions (sans gathering) should have interesting choices, and I hope they can accomplish that.

What we were all expecting for WoD was a new professions system, not like Wrath -> Cata -> MoP where it was basically the same mold moved up an expansion, but a new system that would challenge what we knew about professions, and change how we thought about making gold. Creating new complex problems for us to solve and new and interesting choices to make. It really fell short of that expectation.

I personally would love for Legion gold making to make me think again. For a beginner, it may still do that now, but once you get that formula down, it's mindless. I'd like new interesting problems to come out of Legion gold making, and I hope the Dev team can deliver. I also hope that the garrison theme does not continue with these class halls. They claim that the professions team has heard the feedback about Warlords professions, but I honestly hope they can move forward and correct them in a meaningful way, but only time will tell! What do you want to see the most in Legion gold making?